The music festivals season has already started. Madrid, capital of all music, one more year, and even more than last year, with new editions 😊 In our Facebook, we announced this week the first of the long list of music festivals, the Tomavistas that began last Friday and ended Sunday 21/05. We give you today the dates of all the festivals that Madrid and surroundings will offer from now until October. You will get tired of dancing! 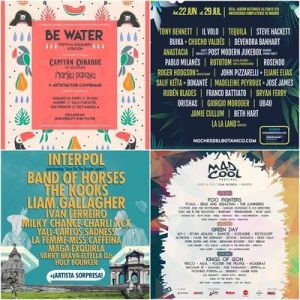 Get Mad Festival: May 26th and 27th, in several concert halls. Do you feel like listening some music?

Sound Isidro: this festival began with the fiestas of San Isidro, but continues until 8/06, in different concert halls.

Utopia: electronic music festival, on 3rd and 4th of June, at the Complutense Campus. Here we leave the promotional ad, very cool 😊:

Ballantine’s True Music Festival: June 9-10. This festival offers a multitude of performances in more than 100 concert halls throughout the capital. Urban, indie and electronic music.

A festival of solidarity: the Be Water festival: your entry will serve the construction of a cistern in Morocco and a well with pump water in Tanzania. Solidary and cheap😊

Festival Cultura Inquieta, in Getafe, from 06/22 to 08/07, a festival with a capital F, in the Sports Center of San Isidro, and the Mercado de Abastos. 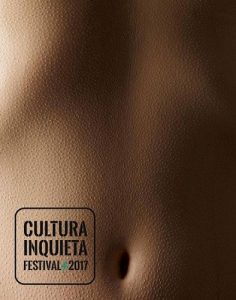 Download Festival: a first edition, festival dedicated to Rock and Heavy Metal in Madrid, Caja Magica, from 22 to 24 June.

Mulafest Festival, from 06/30 to 02/07. Festival of urban trends, tatoo, garage .. Sixth edition of this festival, in the fairground IFEMA.

Nights of the Botanic, from June 22 to July 29. A month of concerts in the Royal Botanic Garden Alfonso XIII, in Ciudad Universitaria.

Mad Cool Festival, from 6 to 8/07, in the Magic Box. Second edition of this mega festival.

First edition of the Río Babel festival, in Ifema. Eclectic festival, with good programming, from 13 to 15/07

It is not a festival, but another year, Madrid will give you a lot of concerts and shows, mostly free, in the entire capital: Los Veranos de la Villa. Programming is not available yet.

The summer is gone, but the music goes on: the DCode Festival, in the Complutense. It is the oldest festival in Madrid, 9/09.

Sixth edition of a festival with wine and music: the Enofestival, 7/10, at the Goya Theater, Puerta del Ángel.

A festival of neighborhood, in Malasaña, around Conde Duque: Villamanuela: music, gastronomy, art, on 6 and 7/10

Madrid Live, the 28/10 at the Palacio de Deporte. Third edition, with a billboard still unknown, but certainly impressive😊

Blog
Markets in Madrid
Madrid with controlled designation of origin